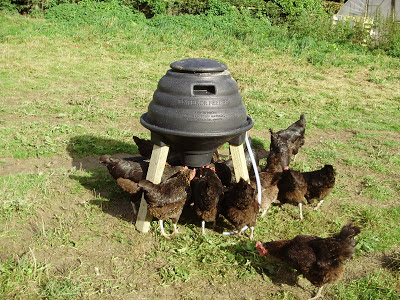 We are renewing some of our hen equipment with two new houses and new feeders, There are a plethora of feeders on the market, we have bought one of these Emperor feeders which so far seem robust and despite having constantly open feeders they seem to produce very little waste. Another advantage is that the feed constantly visible the chickens are more interested and take in more feed. 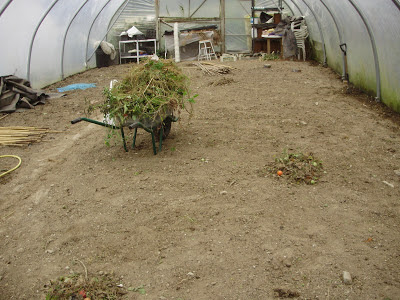 The Tomatoes are out of the tunnels now ready for planting Spinach, Spring green and Salads. 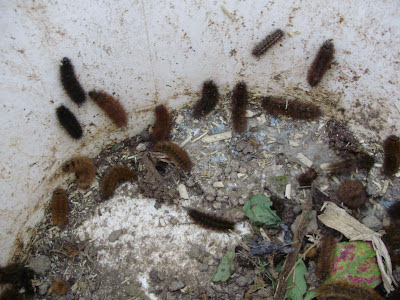 While clearing the tunnel we noticed an infestation of these woolly bear caterpillars they have been around for a couple of years in the tunnels but only this year have they been causing appreciable damage. They seen to live off anything from Nettles, Tomatoes to brassica and Nasturtium. We picked up these above from about 1m2 after the Tomatoes were removed. I have no idea what species they are but do know they develop into a small moth with red wings. 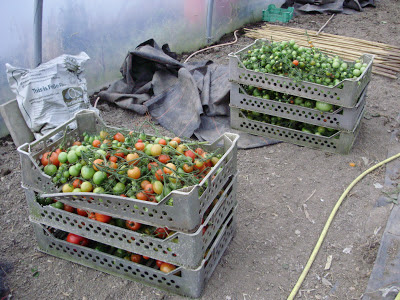 Tomatoes picked for ripening in the greenhouse before sale on the market. 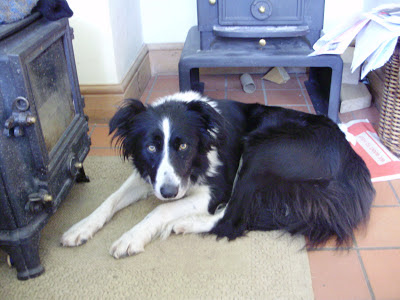 Following the loss of my dog Millie we have bought an older trained dog to do the work. This picture is when she first arrived looking very nervous. She is much brighter now and is working sheep well. More on her later. 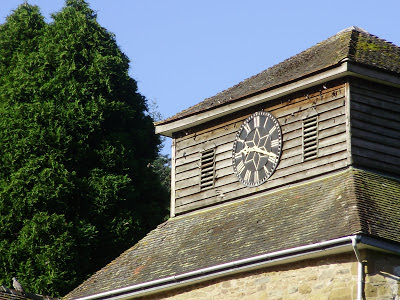 An image from August of the House Martins getting ready for their trip to Africa. in years gone by there would have been ten times this number but we have seen a steady decline over the past ten years. I fear the time is not long away when there may be none at all arriving in spring.
Posted by Phil Moore at 05:28 2 comments: